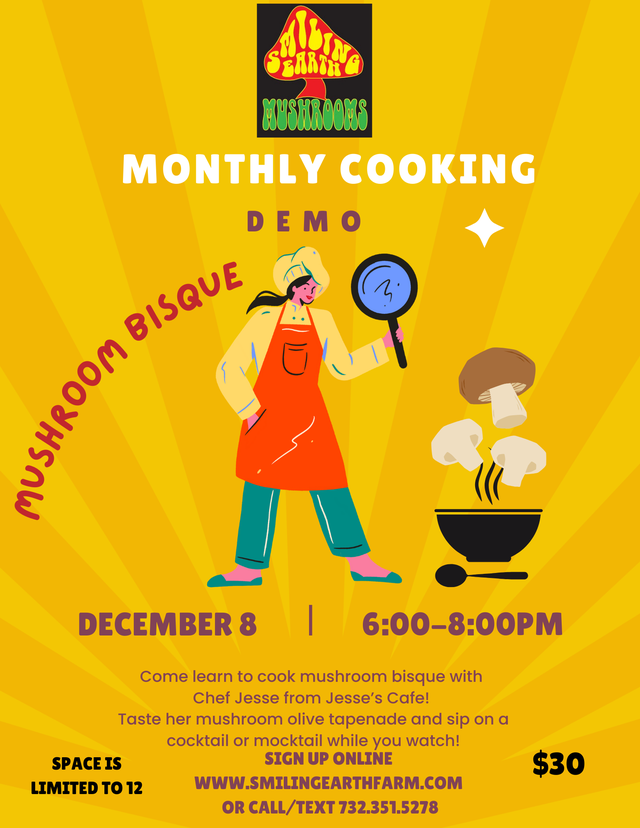 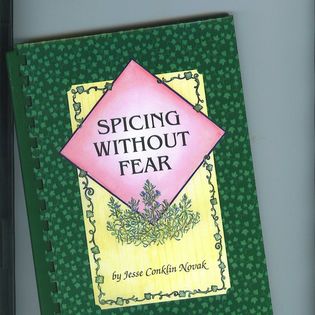 Watch Jesse from Jesse's Cafe prepare a mushroom bisque. Sip on a cocktail or mocktail and snack on her mushroom olive tapanade while you watch. Go home with recipes for both and more!

If you're from Long Branch you may remember Jesse's Cafe at 139 Brighton Ave, which opened in 1981. A place ahead of its time, with soups, salads, juices, smoothies, vegan and farm fresh entrees that remained in business for 31 years, before moving to Spring Lake. You've probably seen her at the local farmers market, which she's been running for many years. She has her own cookbook called Spicing Without Fear and continues to do catering.